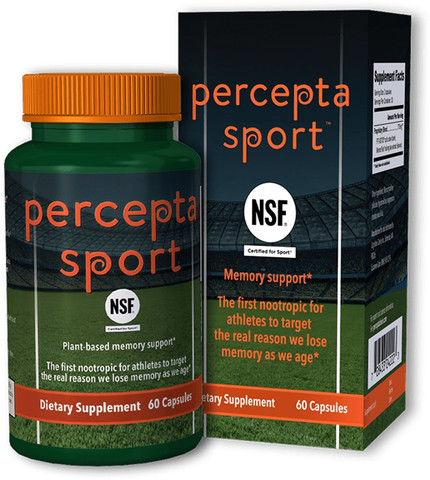 Hover over image to zoom

Percepta Sport™ is an NSF International Certified for Sport® plant-based natural dietary supplement consisting of patented PTI-00703® Cat’s claw from the Amazon rain forest –and MemorTea® – a specific oolong tea extract from the mountains of China. This proprietary product has been specifically developed to be used by professional athletes and sports teams worried about their brain health.

Percepta Sport™ and its individual ingredients have been rigorously and scientifically tested for specific targeting of brain plaques and tangles. It is backed by over 50 issued patents and over 15 years of scientific research.

What makes Percepta the BEST:

These statements have not been evaluated by the food and drug administration (FDA). This product is not intended to diagnose, treat, cure or prevent any disease.

This product hasn't received any reviews yet. Be the first to review this product!

All prices are in USD.